I am one of those early adopters who was very excited about the LEAP Motion technology and the potential. I started playing with LEAP on August 14th 2013 and finally i returned the device today. LEAP Motion is a good device but probably not for me at this time.

Here are top 3 reasons for me to return the device.

1) Free Apps: There are 23 Apps on the LEAP App Store (called AirSpace) for both Windows and Mac. I would not use some of them and I don’t want to buy apps. I have spent $70+ for the device and I am not ready to pay for the Apps. My favorite game “Fruit Ninja” is $2.99 on Windows. Unfortunately, in the era of the iOS and Android Apps ecosystem, I never paid more than $.99 for an App. I enjoy most of the Apps for FREE. In that context, paying anything more than $.99 is a burden on me.

I believe LEAP (or partners) should have created more Apps before this launch. I like to explore but without lot of FREE Apps, my options are limited.

2 )New HCI Paradigm : Of course, LEAP is all about the new human computer interaction that potentially creates multiple opportunities. It took me a while to get used to the hand gestures and how i control the screen.

No wonder, Steve Jobs is the genius to understand the users as well as the business sense when he introduced the iPhone and iPad. The user interaction is pretty intuitive, starting from 2 year old kid to 90 year old grand ma. The usage of the finger to accomplish any task on iPhone/iPad is the trick. Everything just works.

With LEAP Motion, I was not able to get the same intuitiveness and it just feels odd. Also, i work mostly on the laptop and it becomes very cumbersome to keep Leap on your lap and do hand gestures. Perhaps this is designed for people using the desktops.

3) Usecases : After playing couple of FREE games, I did not know what ELSE to do. Can i control my whole Windows 7 experience? probably not. Unless, i launch the AirSpace to start the App, I cant not do anything. Perhaps, I may have tried to explore more if i had more Free apps????

So ???? : As a Computer Science engineer and a MBA, LEAP Motion is freaking cool technology and has some cool usecases. Usage of the cameras, infrared sensors to create the 3D space and manipulating the apps is great. But, I (as a user) was not too sure what i can do with this device.

I would definitely imagine there are lots of use cases in the 3D modeling space. Especially in the Construction Industry, this can be used to do the BIMs (building information models) and model them collaboratively. I can also imagine the use of LEAP Motion in Education/Schools/Medical Schools, for kids to touch and interact with the virtual body parts. In addition, they can build great FREE Apps for kids. My daughter would love to interact with the objects in the air and dress up Dora and all her favorite princesses.

I will definitely re-visit LEAP in couple of months and hopefully I can find some compelling usecases. But for now, it’s not for me! 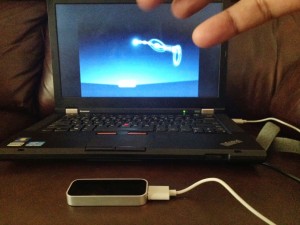 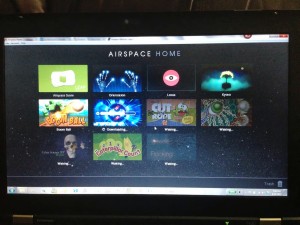 One thought on “LEAP Motion – my final comments”